to be generative in solidarity

rather than be creative in solitude

During a webinar held in March 2020 on curating contemporary art* I was asked by one of the participants if I had any advice on how to be creative during the Lockdown period. My answer was that in times of emergency, such as the one we live in, the question is not to be creative in solitude, but rather, to try to generate positive changes through the projects we carry out, acting with the aim of generating a different reality.

The GOLEM, as a concept, was born from this reflection.

In May 2020, the Trojan Dao Foundation asked me to curate an artistic event in live streaming to raise awareness about the fundraising for the “Hellas COVID19 3D Printing Supplies” program**. The latter aimed to contribute to cover the cost of supply raw materials for 3D printing of protective masks for the medical and nursing staff of public hospitals.

This offered the possibility for the GOLEM-concept to materialize.

** Hellas COVID19 3D Printing Supplies is an independent initiative launched on March 22, 2020, in response to the COVID19 epidemic, by two individuals from the 3D printing industry. Simos Kokkinos and Kostis Koutretsou. In consultation with the Ministry of Health, they have organized a decentralised supply chain. Trojan DAO was actively supporting this initiative.

“Gòlem [from Heb. gōlem, properly: “embryo”]. – Mythical figure with human features, typical of the Jewish kabbalistic tradition, which is believed to have been created from a clay mass”…“and which can be evoked by reciting a combination of alphabetic letters” (Source: Treccani Vocabulary). It has also been taken up in cinema, fictional narrative and philosophy as a metaphor for the potential destructiveness of human artifices

According to the myth the Golem has written on the forehead the word “truth” (in Hebrew אמת [emet]) which keeps it alive until one of the letters of this word is erased, turning it into the word “dead” (in Hebrew מת [met]). It is said that its creator, at some point, lost control of it, and that the clay giant, instead of defending or being useful, began to destroy everything, and the only way to stop him was to transform the word “truth” in “dead”.

So, during the first lockdown, Golem gave me a useful parallel to define my point of view on the facts in which we are all involved today, while also offering a conceptual ground that could be used and expanded by others.

On a planetary level, the whole of our societies is like a complex and interdependent organism in its geopolitical, cultural, and economic parts.

During the first lockdown we have witnessed the progressive collapse of that complex and interdependent organism which is composed of all societies of the world. This delicate set of economies, cultures and ways of living has been for a long time overwhelmed by over-exploitation mechanisms which have transformed it into a sort of Golem: a clay giant with inhuman strength but lacking in sensibility and intelligence.

Like the words emet and met, today’s Golems and viruses contain each other; they feed and annihilate each other. It is necessary to bring the Golem back to be clay, and words to be a vehicle of meaning, rather than control tools for the “giant” we have created.

Should we really consider the virus as a “foreign body”, or should we rather consider the possibility that it is part of an organism already sick by its nature?

I turned these questions and thoughts to other people, trying to bring together different points of view. I invited artists to revisit the elements listed below which reflect basic elements of life, entering into a dialogue / contrast with the parasitic and voraciously destructive nature of the virus:

To my invite to participate in this initiative the following artists generously answered and joined in the live streaming programme which took place on June 5, 6, and 7 (2020).

As well as the artists who were invited as Guests of Honour, and contributed to the event with their works, which are now gathered in the movie GOLEM – to be generative in solidarity:

“GOLEM – to be generative in solidarity rather than be creative in solitude” has been actively supported by: 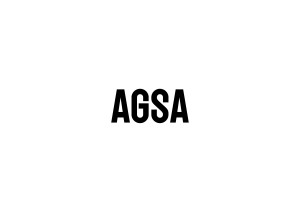 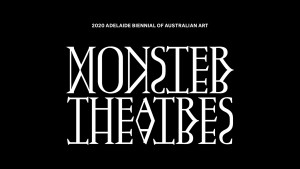