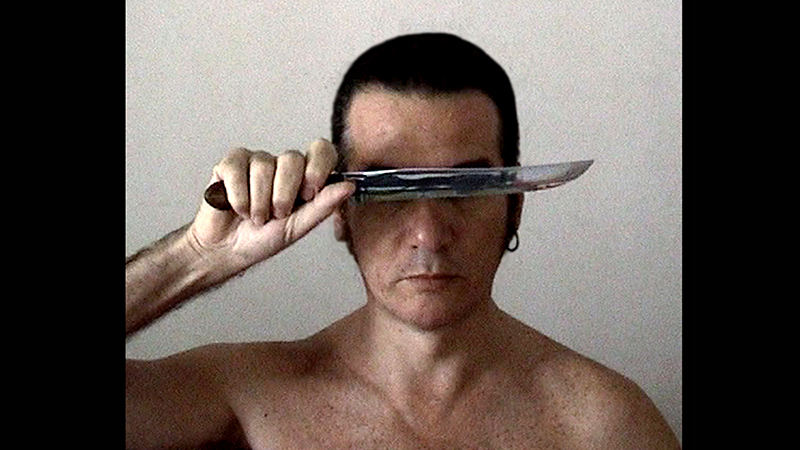 Francesco Kiais graduated in Painting at the Academy of Fine Arts in Venice in 1990, having attended, among others, courses in Theory and method of Mass Media, History of filmmaking, Art History, Technique of Photography, Music History, Graphic Techniques, Design, Theory of the form and perception psychology.

In those early years, he was co-creator and artistic director of a cultural program (Labirintarte), which involved people like Massimo Cacciari (philosopher and, later, Mayor of Venice) and Jannis Kounellis, for the Academy of Fine Arts in Venice, ocupied by students. At the same time he drafted his Thesis on „Arte Povera“, meeting repeatedly Mario Merz and J. Kounellis.

During the same period, he also collaborated with the Venice Biennale on behalf of the Richard De Marco Gallery in Edimburgh (where he later was to exhibit at the Festival) and he was elected a member of the Cultural Commission of the Bevilacqua La Masa Foundation (Venice).

Kiais moved to Berlin in 1994, where he started (in 1997) a nomadic project of interdisciplinary cultural exchange: the “Π-Project“ (from the title of the latest novel of P.P.Pasolini: “Petrolio”) which led him to several collaborations with people from different backgrounds, to produce an aesthetic synthesis expanding his origins of visual artist.

He worked, in that period, on the disappearance of the artwork, creating ephemeral installations, moving progressively towards video and performance.

Between 1999 and 2003 he produced without exposing, collecting visual materials and performances for camcorder, under the title: “Flowers of the hanged. Intermittent notes for a posthumous diary”.

The work of Francesco Kiais ranges now from installation to video, to performance art. He collaborated as an artist, writer in the catalog, curator, co-curator, producer, cultural advisor at various artistic and cultural projects, exhibitions, at institutions and galleries.

In recent years, he extended his work research to the pedagogical and  didactic potential of the artistic/performative practice, working also with children and adolescents.

He focused now his activity on the artistic practice and promotion of Performance Art, as well on the analysis of the many different forms of actuation of a Performance.